Young Money’s Lil Chuckee is back with his own mixtape after recently being featured on Lil Wayne’s Dedication 5. The mixtape is hosted by DJ Envy and DJ Blu and features artists such as 2 Chainz, Yo Gotti, and Justin Bieber.  If you’re wondering why Chuckee calls himself the Lebron of his time, check out the “Tunechi Jr Speaks” interlude. Incase you aren’t hip to Chuckee, I must warn you, he isn’t that little kid we were first introduced to when he had that track with Lil Twist on the Young Money album. His content has grown and his word play is better. 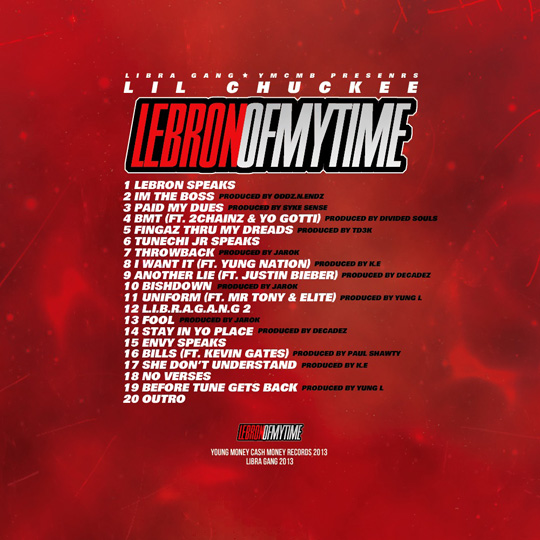